The following books have been read by several members of our team, and recommend reading for anyone with an interest in the paranormal.

Please follow the link under each book for further information on how to purchase.

Ghostology – The Art of the Ghost Hunter 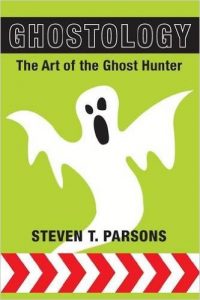 Ghostology is simply the study of Ghosts. It is not ghost hunting, neither is it is parapsychology. The study of ghosts – Ghostology, is not trying to capture apparitions on camera, although that is sometimes a part of it. It is not trying to record the sounds and the voices of the deceased or of spirits, although that too is a part of it. Ghostology is the holistic study of a fascinating aspect of our humanity, a shared human experience that dates back to the earliest civilisations and is common to all of them. Ghostology is not a “How to guide” for those seeking to investigate ghosts but it provides an up to date consideration and a discussion of the many methods and techniques that will prove helpful to anyone interested in the subject, for those who actively seek ghosts or who are merely interested in discovering more about this fascinating subject. 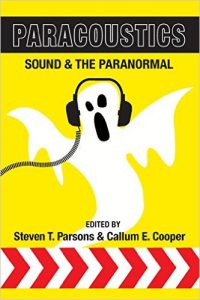 Paracoustics: Paranormal Acoustics From the chain-rattling ghost of Pliny’s first century Athens to things that go bump in the night and 21st century electronic voice phenomena sound has always fascinated paranormal researchers. This unique book examines that fascination and presents a selection of the leading research in paranormal acoustics together with an in-depth review of the equipment and techniques that are used by researchers and investigators. It explores the physics and the psychology of sound and its association with the paranormal. Contributed chapters by leading experts in Infrasound, electronic voice phenomenon (EVP), séance tapping and other ghostly sounds encourage a multidisciplinary approach to the subject. 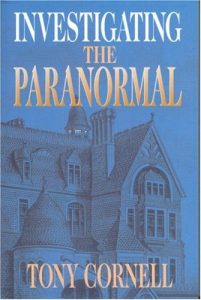 Tony Cornell has opened his case files and shared the fruits of his more than 50 years of labour and expertise in ghost, hauntings and mediumship research, in Investigating the Paranormal. Cornell’s magnum opus not only provides a glimpse into a life’s work in psychical research and parapsychology but also serves as a guide to field methodology for today’s paranormal investigators. From reports of a ghost inhabiting a college dormitory, to a poltergeist with an affinity for fine antiques, the author shares detailed episodes of an extraordinary career.

Ghost Hunting – How to Investigate the Pranormal 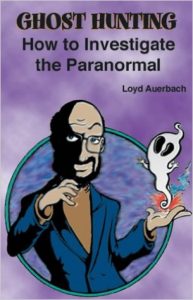 How to Investigate the Paranormal

Ghost Hunting is a common sense approach to the investigation and resolution of cases of reported ghostly happenings, including apparitions, hauntings, and poltergeists. The reader quickly grasps what parapsychologists think ghosts are and how to best deal with the phenomena and the experiences of the people having them. Ghost Hunting covers the investigative process from the initial call and assessment to the on-site investigative techniques and technology. 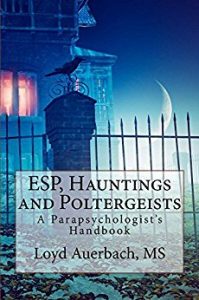 This is a 30th Anniversary reprinting of a book that has been lauded by Newsweek and cited by numerous people — from students of parapsychology to ghost hunters to celebrity paranormal investigators — as the book that got them first interested and started on their paranormal journeys and studies. 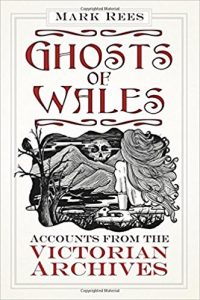 IN the Victorian era, sensational ghost stories were headline news. Spine-chilling reports of two-headed phantoms, murdered knights and spectral locomotives filled the pages of the press. Spirits communicated with the living at dark séances, forced terrified families to flee their homes and caused superstitious workers to down their tools at the haunted mines.

This book contains more than fifty hair-raising – and in some cases, comical – real life accounts from Wales, dating from 1837 to 1901. Unearthed from newspaper archives, they include chilling prophecies from beyond the grave, poltergeists terrorising the industrial communities, and more than a few ingenious hoaxes along the way. 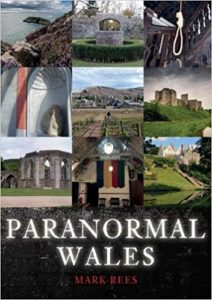 Wales is said to be the most haunted country in the world. Restless spirits roam the ancient land, from the lofty peaks of Snowdonia to the dark depths of the abandoned mines. In Paranormal Wales author Mark Rees takes the reader on a spine-chilling journey to dozens of these locations, which include well-known tourist landmarks and more secluded spots well off the beaten track. These accounts of disembodied voices, supernatural mists and pesky poltergeists range from centuries-old legends to modern-day sightings.